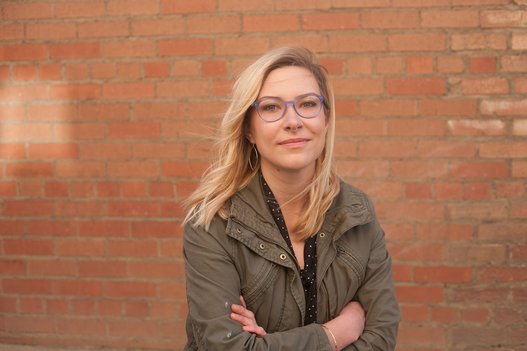 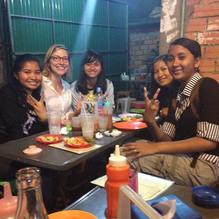 Outside of my journalism career, I've lived abroad and worked with journalists internationally.

For several months, I worked with women in college in Cambodia, a country without the privilege of a free press. I'm passionate about journalism education, and taught a critical thinking course based on discussion of the Cambodia Daily newspaper while a mentor at the Harpswell Foundation in Phnom Penh.

Following the election of President Trump, I became a volunteer for Index on Censorship, a London-based nonprofit, and tracked threats to journalists internationally. My work was published in the report "It's not just Trump: US Media Freedom Fraying at the Edges." ​ 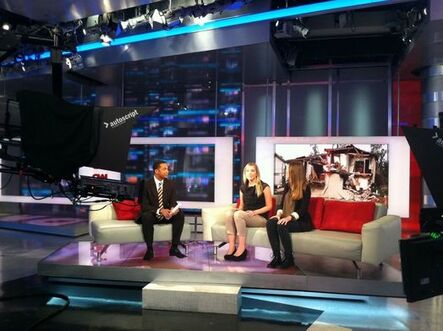 ​
As my first journalism endeavor, I traveled around the Southeast to film a short documentary that I was interviewed about on CNN. With one film partner, I traveled 4,000 miles in three weeks to find stories in more than 15 cities. "Common Threads" was about families rebuilding their lives in the midst of poverty.
​Below is a photo from when I filmed in Tuscaloosa, AL after a tornado. 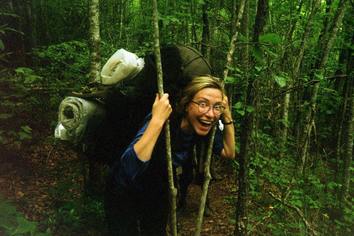 Immersing myself in new environments hasn't only been limited to my time as a reporter.

I've also spent a significant amount of time working outdoors, first in a wilderness mental health treatment center, the School of Urban and Wilderness Survival, and later as a full-time field hand on a 60-acre farm.

​With a co-staff, I would lead teenagers in drug or trauma recovery on 8-day backpacking trips. I saw the struggles and stories of people with mental health issues first-hand as we hiked together through rain and heat. This experience has informed my perspective, and made me confident being outside of my comfort zone.